In Memory of Prof Marian Tredoux 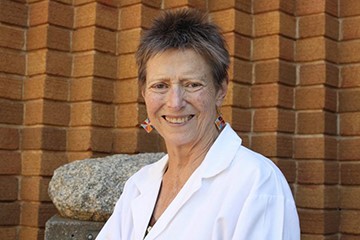 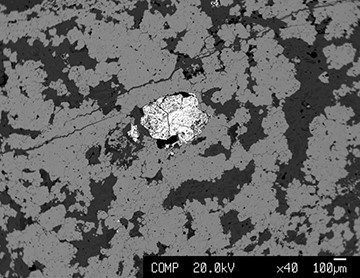 A mineral, which was recently found in Barberton, South Africa, has been named after University of Free State (UFS) professor, Prof Marian Tredoux, by the International Mineralogical Association.

The naming is a rare honour, shared by less than 700 people in the world … making Prof. Tredoux one in 10 million.

The mineral – which contains nickel, antimony and oxygen – has been named Tredouxite.

So far, only a dozen of the 5 292 named minerals have been named after South Africans, and only two others were named after women.

“With the exception of a few historical (pre-1800) names, a mineral is typically named either after the area where it was first found, or after its chemical composition or physical properties, or after a person. If named after a person, it has to be someone who had nothing to do with finding the mineral,” says the Geological Society of South Africa.

The naming of Prof. Tredoux, an associate professor at UFS in the Geology Department, is to acknowledge her close to 30 years’ commitment to figuring out the geological history of the rock in which this mineral occurs.

The group who found – and named – the new mineral included professors from Austria, Italy and the UFS.

They found the mineral in the rock in the Barberton region in Mpumalanga, in May 2017.

Only 81 women in the world have had a mineral named after them, of which Marie Curie was one.

Prof. Tredoux said: “Marie Curie is named twice: sklodowskite (herself) and curite (plus husband). Most of the named women are Russian geoscientists.”