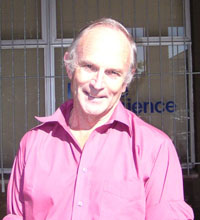 Francis Wilson was trained in Physics (UCT) and Economics (Cambridge). He has been teaching in the School of Economics at UCT for the past 38 years apart from sabbaticals in Lyon (working in a lorry factory), Sussex (IDS), Balliol, New Delhi (JNU), Harvard, All Souls and Princeton. In 1975 he founded SALDRU, the Southern Africa Labour & Development Research Unit which he directed until 2000 when he started Data First, a resource unit For Information Research & Scientific Training within the new Centre for Social Science Research. His main work has been in labour (gold mines; migrant; farms) and in poverty about which, to find out more, he directed the second Carnegie Inquiry into Poverty and Development in Southern Africa during the 1980s. As a fledgling emeritus he now has more time for writing and will be focusing on the critical question of how to achieve full employment in a free South Africa. Plus looking at the whole issue of “development” (including, of course, the environment) in Africa.