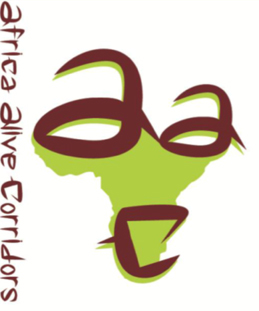 Africa Alive Corridors (AAC) is a Pan African project to document the unique geological, biological and cultural heritage of Africa. Transnational corridors of Africa weave a tapestry of the prodigiously diverse continent tracing geological time from the oldest crust to the youngest ice-sheets, and from the earliest microbial life to the current activities of our human family.

Each corridors is being mapped and documented as an ‘autobiography’ and offer a science based strategy to manage the 6th extinction and to protect African heritage. 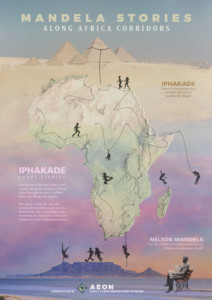 AEON is documenting a ‘Transdisciplinary Biography of Africa’ – with everyone a stakeholder – aimed at addressing stewardship for Africa. AAC is being script-written by leading academics across the world, and choreographed by African students, learning along 20 Pan-African corridors designed to provide pathways and focal points along which learning about Africa origins and cultural history is explored; and where Africa-wise sustainable development of its resources may be realistically achieved.

AAC aims to tell the geologic, biologic and cultural ‘transdisciplinary autobiography’ of Africa along 20 corridors, each with 20 heritage nodes.  This project is part of a global initiative to stem the 6th extinction and deal with global climate change. More than 200 scientists, research students and artist are working collectively on a 21 book series and videos and writing unique time-line stories, including the heritages linked to ‘Out of Africa’ and ‘Into Africa’ colonisations. The first 2 books will be published through Springer by end 2021.  Three Iphakade graduate students are presently involved in this project and one PhD student is coordinating Corridor 9 – Western Rift Valley – Extreme fish diversity in the great lakes.

Across the length and breadth of Africa, each corridor – a belt of territory some 1,000 to 3,000 km in length and 50 km in width, tells a chapter in the epic 4-billion-year story, and each draws the people of the region into co-curatorship. The project invites all 1.1 billion Africans into interpreting and promoting the story of their continent. It is about the synergy between Africa and her people, past, present and future. In merging with the story of their continent, her people, all her people, gain dignity from the soul of the land—as do the prodigious diversity of all other species of life. 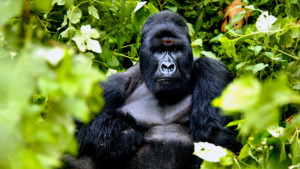 Picture yourself as a parent walking hand-in-hand with your child 3,7 million years ago along the shore of a lake at Laetoli in the rift valley of Tanzania. You are en route around midway between the appearance of our earliest known hominoid ancestor Sahelanthropus (from Chad seven million years back) and the present. 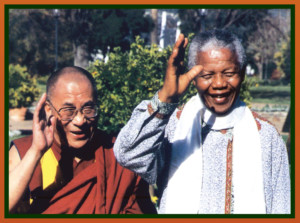 One of a growing family of Australopithecus afarensis, you are engrossed in your present, carrying the baton along the winding path from your deep ancestors to your far-future Homo descendents–us in 2009. You are an inseparable part of our incomparable African story. You and I, and Africa are one.  ‘Africa Alive Corridors’ is part of a wider ‘Gondwana Alive Corridors’ project, to be expanded in time to an ‘Earth Alive Corridors’ project.

Imizila – Corridors, pathways, a way through; it can be used for climbers finding a new route up the mountain, a person hacking his/her way through the forest, an engineer figuring out a new road system, carving a new way through anything, exploring a new way forward. 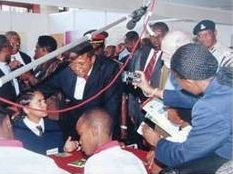 South African student Rushaan Ruiters and Jakaya Mrisho Kikwete, President of the Republic of Tanzania in deep discussion about the ‘Africa Alive’ Our Earth and her inhabitants are in deep trouble in the face of global warming, extinction of biodiversity, geohazards, and a plethora of social ills. We have not yet found the way to manage our globalising society. Imizila, in this context, is about seeking a new path for Africa through the uncertain 21st Century and beyond. It begins with the youth, the future is theirs after all, and it begins with the youth of Africa. They seek to apply ‘Earth Alive Strategies’ (using a pack of 101 strategy cards) along a selection of 20 ‘Africa Alive Corridors’. They are given a voice and they plan to make that voice heard at every level.

Take a Journey to Africa